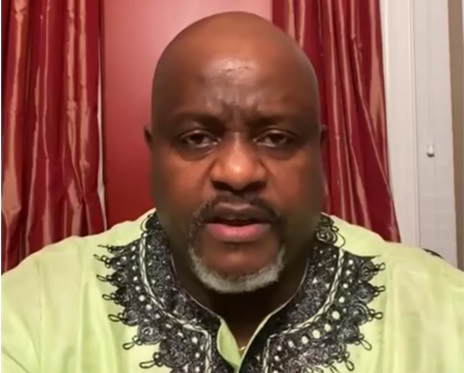 Greetings to my fellow countrymen and women! It is my humble and patriotic duty to speak to you all at home and in the diaspora during this occasion marking the celebration of our nation’s 174TH Independence Day Celebration. This day is a reminder of the efforts needed in maintaining unity, nationalism, and cultural identity as we come together in celebration of our nation’s 174th Independence Day. In this spirit, let us honor the Lord Almighty Jehovah with a moment of silence and in remembrance of our departed citizens who have lost their lives to the recent ship wreck at home in Maryland County, those two members of the PLP party who were involved in the recent auto accident, with one deceased and the other on life support in the intensive care unit, victims of tragic events throughout our country, and those who have died as a result of the outbreak of this new strain of Covid-19 virus in Liberia, the US and the world over.

Liberia is a diverse nation. It is divided by 15 counties, inhabited by individuals who practice different religions, speak different indigenous dialects, practice different traditions and lifestyles, eat different ethnic foods, dress up in different ethnic clothing, comprise of several different businesses, has several different political parties, serves as home to several immigrants, hosts several different foreign dignitaries, etc.  Despite our diversity, Liberia is united as a people and a nation. That is why we stand together as one when we sing our National Anthem. Also, that is the reason why we also have one local currency-LD in our country. These are some of the commonalities that have united us as a people and nation. However, while that may indeed be the case, our nation has experienced several political, cultural, economic, and social issues since independence. Historical evidence has clearly documented the debilitating effects of the old order of extractive political dominance and poor economic institutions has had on the lives of our people and nation over the past decades and over several presidencies including the current presidency of President Weah.

During the Tolbert’s era, the major political issues which resulted to the 1980 coup and assassination of former President William R. Tolbert was the extractive political and economic institutions under the “True Wing Party” for several decades which limited power and enriched the elite few at the expense of the masses. As a reactionary formation, this gave birth to the Progressive Movement which was instrumental in unseating the “True Wing Party” and eventually led to reign of the National Democratic Party of Liberia (NDPL). The NDPL also engaged in similar practice of extractive political and economic dominance through tribalism, nepotism, and military control of power; and thereby limiting the nation’s wealth to the elite tribal and military led group at the detriment of the rest of the masses.

PRESIDENT TAYLOR AND THE CIVIL WAR:

Disintegration of unity was at the heart of our nation’s civil war of 1990 which was led by former President Charles Taylor and current senator Prince Johnson. On the one hand, the civil war was centered around the revenge assassination of former President Tolbert and other high-ranking government/True Wing Party’s officials and mass killing of individuals belonging to the Gio and Mano ethnic groups out of Nimba County by the former President Doe. As a result, atrocity was committed by the Charles Taylor/Prince Johnson led rebel groups against the Krahns and Mandingos, and many other innocent citizens. Consequently, many other ethnic rebel groups were formed and engaged in similar violence and mass killing, which cost the lives of many of our citizens, severely damaged our infrastructures and economy, and developmentally regressed our nation. Throughout the Taylor’s era, power and wealth were extrapolated by him and his circle of close friends, relatives, rebel leaders and fighters at the expense of the masses.

During this era, the unity of our diversity was once again compromised at best throughout this administration as the practices of extractive political and economic dominance was extended through discrimination and nepotism in giving elite groups including family members, friends, and partisan’s lucrative government jobs and special interest groups lucrative concession agreements or contracts, while most of the masses suffered to obtain daily bread. Also, our judiciary system was widely compromised by the executive system to favor the elite few at the detriment of our nation and people and has contributed immensely to the current economic and social conditions of our nation.

During the 4-years rein of the current administration, no one can deny the extend of extractive political and economic dominance being practiced. This is evidenced not only through nepotism, tribalism, and ostracization of non-CDC partisans, but the systematic targeting of individuals and oppositions of the current CDC led administration through threats, intimidations, violence, and illegal censorship.

My fellow Liberian at home and abroad, as we conclude today’s event marking the 174th Independence Day celebration of our nation, I urge you to join me in the fight for unity and liberation of our people and our nation. As I’m demonstrating the behavior and attitude of nationalism and patriotism through my humanitarian works and being the Vision Bearer and Political Leader of the People’s Liberation Party (PLP), it is my fervent prayer my fellow country men and women that you all would join me in the fight to preserve the independence that our ancestors fought so hard to achieve. We can win the fight against the forces that have divided our nation by unifying our thinking, behavior, and attitude. This requires you all to join me in performing our patriotic duties by putting our people and nation first above all others, including political party, special interest groups, loyalty to individuals, etc.

We as a nation should not be divided by our diversity. Instead, the truth is, we should all stand as a united force in our diversity despite belonging to different tribal groups, religions, political parties, traditions, cultures, lifestyles, and other identities. We are considered as one, which is why we have one common currency throughout our nation, and we all stand united when we stand to sing the National Anthem. Being a nation united in our diversity requires the behavior, attitude and spirit of nationalism and patriotism. This requires each one of us to join the fight in making the issues of our citizens and nation a priority. Therefore, I want to inspire and motivate you all to commit to the People’s Liberation Party (PLP)’s movement of unity in diversity of our nation.

Let us renew and reunite our thinking and judgement calling out and voting out the corrupt politicians and legislators who have continuously proven to be self-servants and not public servants as evidenced by the past and recent payment of $30,000.00 United States Dollars to each of the legislators, which could have been used to feed our suffering masses and fight the new wave of Covid-19 virus. You can be that change by unifying your voices in denouncing human rights violations and unexplained deaths of innocent citizens, louting of our country’s resources, and the inability of the current administration to address the basic public health and education needs of our citizens. You can join me in changing the system by uniting in the fight against poor governance, systemic corruption, abuse, and wasteful spending as demonstrated by government officials across various governmental sectors in the current administration. You can join me in changing politics in our country by putting the lives of our people and country first despite your affiliations and patronage of the current ruling party and the CPP, when in fact they have clearly demonstrated the lack of good leadership, sound governance, accountability, and integrity that are needed in the leadership to transcend our country. My fellow citizens, you can be that change that we want to see in our nation by joining me in unifying our voices and voting out of offices the recycle politicians, government officials and current administrations who are louting our country’s resources and serving themselves at the expense of our suffering masses and the future of our children and the nation. You can be that unifying voice by joining me in fighting for the implementation of the War and Economics Crime Court!

Ladies and gentlemen, I thank you for having me speak to you today, I wish you and your families a very Happy 174th Independence Day, and may the Almighty God liberate and bless our nation!

STATEMENT BY MR. ALEXANDER B. CUMMINGS POLITICAL LEADER OF THE ANC ON THE CURRENT…

PRESIDENT WEAH’s CURRENT NOMONATION IN GOVERNMENT: A PRE-CONDITION FOR THE…