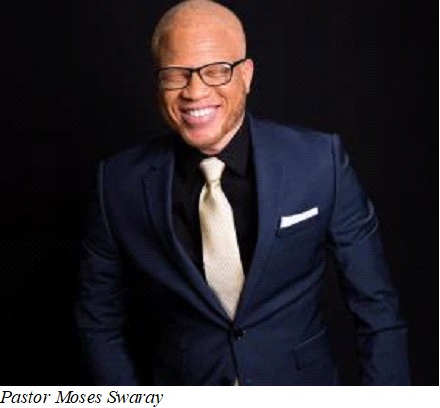 The founder of the Liberian Albino Society, acclaimed Liberian gospel artist Pastor Moses Swaray, who currently plies his trade in the United States of America, has strongly cautioned his colleague musicians to fight for their own rights instead of depending on politicians to promote their interest, further calling on Liberian artists to work with the rightful authorities and organize an international conference that will yield to proposals that can be presented to the government for the empowerment of the industry.

“If you cannot come up with laws to protect yourselves, don’t expect anyone to do it for you,” Mr. Swaray stated in a live motivational podcast Sunday.

“It’s good that President Weah comes from an entertainment background, and he’s promoting Liberian artists here and there; but we have to fight for our own interest instead of depending on politicians to promote our interest,” Mr. Swaray said.

Lamenting the situation faced by most Liberian artists who depend on handouts to survive, Mr. Swaray said there is no way an artist can receive $30,000 and be broke in a few years.

“The greatest enemy to success is failure. Failure makes you a primary target. Whenever you become successful in life, start to get scared,” Pastor Swaray cautioned his fellow musicians.

Swaray said Liberian musical artists need to learn about their own history, to know where they will progress, citing the names of legends like Morris Dorleh, Fatu Gayflor, among others, who are sources of inspiration for the country’s upcoming artists to study and know how those artists coped with their own struggles to survive in the industry.

The outspoken gospel musician who rose to fame through a circular musical genre talent hunt organized by the United Nations and the Government of Liberia following the end of Liberia’s long-running civil conflict, has been making waves by teaming up with acclaimed gospel artists from across the African continent.

“We need to invite artists from South Africa, Nigeria, Ghana and other places where musicians have succeeded, to learn from them, and come up with proposals that will move our industry forward. We must do it for ourselves. The politicians are busy with budgets and laws that protect their own interests. We have to fight for our own interest,” Mr. Swaray cautioned.